A
A
Home > Blog > Looking back and remembering 85 years 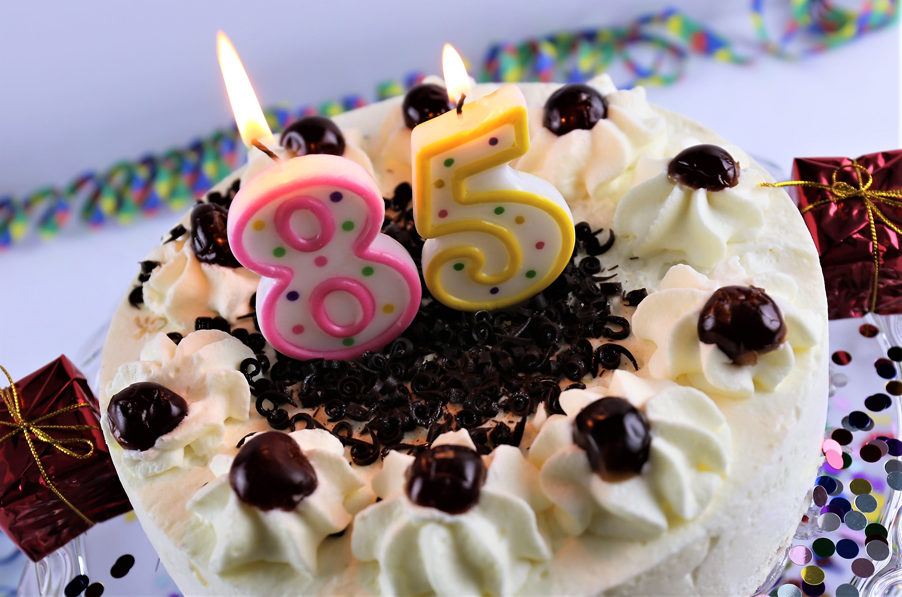 Looking back and remembering 85 years

My 85th birthday has come and gone! The years roll by quickly, and my mind rolls back – slowly. I try to recall what it was like in 1933 – the year I was born. Of course I can’t remember anything, but thanks to articles and books, I can glimpse into my birth year. 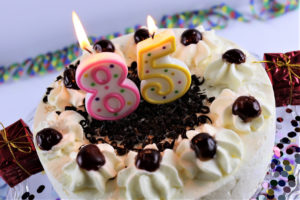 If you were born in 1933, or even if you weren’t, I invite you to join me in seeing what life was like “way back then.”

Do you remember going to a drive-in movie theatre as a kid? The first drive-in opened in Camden, New Jersey, and it didn’t take long for others to follow throughout the U. S.

Heat waves often hit, but in August 1933, a world record of 136 degrees was recorded in San Luis Potosi, Mexico. The following month, a hurricane went through Texas, killing 32 people and injuring 1,500 others.

Other notable dates and events of 1933 include the fact that Alcatraz Island was made a federal maximum security prison; 20th Century Fox signed five-year-old Shirley Temple to a studio contract; Francis Perkins, the first female cabinet member in the U. S., was appointed Secretary of Labor; the Naval airship, Akron, was downed at sea and 73 perished; The National Football League was divided into two 5-team divisions; and the U.S. Army banned consumption of food of foreign origin, including bananas.

In 1933, world news hit the headlines. Congress granted independence to the Philippines, but reserved the right to keep their military bases there. This was the year when Adolf Hitler proclaimed the Third Reich and took power as chancellor in Germany. Mohatma Gandhi went on a hunger strike to protest British oppression in India. Japan and Germany withdrew from the League of Nations. A Japanese scientist demonstrated a machine gun that fired 1,000 shots per minute.

On the home front, the 18th Amendment (Prohibition) was repealed and replaced by the 21st Amendment. The first aircraft carrier was launched. Monopoly, the popular board game, came on the market. Albert Einstein arrived in the United States and settled in Princeton, New Jersey. Newsweek was first published. President Franklin Delano Roosevelt made his famous speech – “The only thing we have to fear is fear itself.”

If you’re a sports enthusiast, you might already know that the New York Giants won the World Series Championship; John Goodman won the U.S. Open Golf Tournament; Chicago Bears were the Pro Football Champions; Louis Meyer was the Indianapolis 500 winner at 104.162 MPH; the New York Rangers took the Stanley Cup; Kentucky’s team became the NCAA Basketball Champions; Michigan was the College Football Champs and jockey D. Meade won the Kentucky Derby, riding Brokers Tip. We mustn’t forget that Babe Ruth made history when he hit the first home run at Chicago’s Comiskey Park in an All-Star game. The run helped the American League win over the National League with a 4-2 victory.

In politics, the President of the United States was Franklin Delano Roosevelt, John Garner served as Vice President and Henry T. Rainey (D) was Speaker of the House of Representatives.

1933 was the year when T. S. Stribling won the Pulitzer Prize for The Store, and Sir Norman Angell was awarded the Nobel Peace Prize for his movement in arms control and disarmament. The Postal Telegram Company in New York introduced the singing telegram. Life expectancy was 59.7 years.

Today’s food costs make me wish for these prices again! Granulated sugar was 59 cents for 10 pounds, a gallon of Vitamin D Milk was 42 cents, a pound of ground coffee ran 35 cents and a loaf of fresh baked bread was 7 cents. Bacon cost 25 cents per pound, a dozen eggs was 16 cents and a pound of fresh ground hamburger could be bought for 11 cents.

Some of the music favorites from 1933 are still around today, made popular by singers and musicians such as Bing Crosby and Don Bestor. Of course there was Stormy Weather by Ethel Waters, Just An Echo In the Valley by Rudy Vallee, Lazy Bones, by Ted Lewis, Love Is the Sweetest Thing by Ray Noble, and my favorite, Night and Day, by Eddy Duchin.

Many of the movies from 1933 can still be seen on video or DVDs. Look for the Academy Award Winner, Cavalcade or The Private Life of Henry VIII, Morning
Glory, State Fair, A Farewell to Arms and Lady for a Day.

Of course, we mustn’t overlook advertisements and their slogans, such as “Good-bye, Blues..!” by Ivory Soap, or “Battery Factories See New Standards,” touted by Firestone. Kendall Oil suggested that the public “Drive this Oil for 2000 miles,” while Palmolive promised romance “by keeping that schoolgirl complexion.”
Dupont offered new low prices on their car polish, saying “It’s not a new car…just the old one shined up with Du Pont No. 7 Polish.” Plymouth used a mailman from New Jersey in their ads and quoted him as saying his Plymouth Six was “as dependable as the mail.”

Libby’s promoted their canned peas and other vegetables, “packed garden fresh.” Libby’s also let the public know that “At last! An Unsweetened Pineapple juice, rich in esters” was available. Campbell’s soups suggested that “Soup is just the thing!” But perhaps the best-known advertiser, still heard today, is Maxwell House Coffee – “Good to the Last Drop.”

Obviously, those of us born in 1933 don’t really remember who did what, or what happened, but isn’t it nice to know that so many important people and events occurred in our birth year?