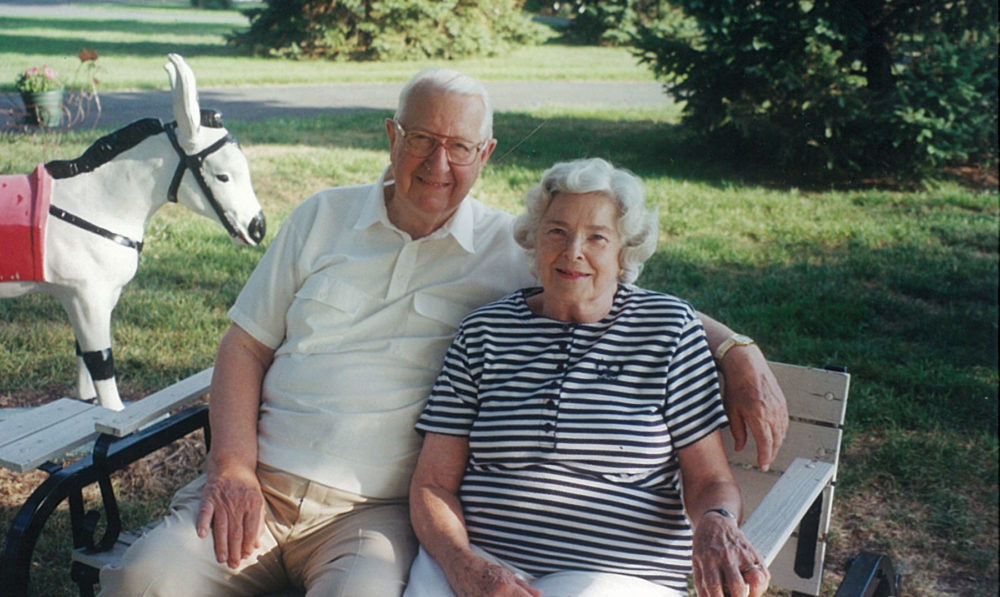 This month we celebrate the birth of Country Meadows Retirement Communities Founder George M. Leader. He and his wife Mary Jane began their work in senior care services in 1962 and established Country Meadows in 1983. George M. Leader was also Governor of Pennsylvania from 1955 to 1959. He is credited with creating the state’s Commission on Aging (forerunner of today’s Department of Aging) and implementing annual inspection and tighter regulation of nursing homes. 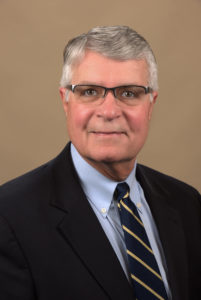 His son, Michael Leader, has served as president and CEO of Country Meadows since 1998, upon the retirement of his father from the company. Michael got his feet wet early in the family’s senior care business with the establishment of Leader Nursing Centers in 1962. As a teen and young adult, he mowed grass, assisted in the kitchen and worked as an office manager. Michael graduated with a bachelor’s degree in economics from Haverford College, a master’s degree in governmental administration from The Wharton School at the University of Pennsylvania and a J.D. degree from Penn State Dickinson School of Law.

What led you to decide to work with your father and mother to manage Country Meadows?

My parents started Country Meadows about 10 years before I joined them. It was an opportunity for me to work with them in a family business and personally engage with people from different backgrounds and, of course, different ages. My degrees in economics and law would prove to be beneficial, and one of my early duties was drafting our company’s first personnel manual. At that time, just a handful of people were in the office. My mother officially came on board as an administrator several years later.

Did you ever consider doing anything other than working with your parents to manage Country Meadows?

I thought that city management would be rewarding. I did an internship in San Leandro, California. Then, I worked for the deputy mayor of Washington, DC during the transition to home rule. He appointed me to be DC’s representative to the Presidential Inaugural Committee in 1972, where I worked with both parties’ national committees. But the bureaucracy was frustrating. I left that position to move back to PA and work at Leader Nursing Centers, the predecessor of Country Meadows.

Your dad wore many hats during his life, most notably that of Governor and later as Founder of Country Meadows. What else would you like people to know about him?

What he stood for, which is best summarized on his tombstone inscription, which he wrote: “The essence of life is nonjudgmental, unconditional love.” As he got older, he tried to live by that and encouraged his children to live by that. That extends to our residents and our co-workers as well. Our main business is caring for seniors, but we also care for each other. For example, we have a foundation to benefit co-workers with financial challenges related to expenses such as transportation, child care and health care.

Dad had a good sense of humor and was a great role model for his kids. Even in his later years, he had a sharp memory and was quite the storyteller. But, he didn’t tell stories that demeaned anyone. He didn’t disparage those who were different from him. He was nonjudgmental and raised his children to treat everyone fairly and equally.

Country Meadows has been family owned and managed since its beginning and remains so today. Does that make a difference in your approach to caring for seniors to meet their needs?

Dad would say when your name’s on the door, you take extra measures to care for your customers. Our whole family knows we’re on a mission to serve people—even family members not involved in the business. Senior care is a particularly management-intensive business. We believe that to do it well, we need to have a regional focus. We like to be within a two-hour car ride of our retirement communities. (Country Meadows in South Hills, Pittsburgh is the only exception.) This allows us to be present for training, working with the staff, talking with residents and assessing performance.

What qualities and skills do you look for in co-workers at Country Meadows?

At the caregiver level, we look for compassion, attitude and commitment to serving people. We can teach skills, and we can mentor them, but co-workers have to bring love and compassion with them. We ask them, “Why do you want to work with older people?” People often relate experiences with parents, grandparents or neighbors they have helped with challenges related to aging.

Could you tell us a fact or a story about Country Meadows that most people would not know?

Dad wrote poetry and had two volumes of his poems published. He read from the books at various campuses and signed and gave the books to residents. My mother, sister and wife held teas for residents and shared news about their children and grandchildren. These are the special family touches that arise from a family-managed business.

What do you most enjoy about your day-to-day work at Country Meadows?

I like the diversity of what I do. One particular activity with residents I enjoy is speaking to residents about healthy living practices. We have a special topic for each year, and I lead programs at each campus and invite their input. Our focus in 2019 was how regular exercise promotes successful aging.

I also enjoy getting acquainted with our co-workers. I go out to breakfast or lunch with random groups of co-workers at each of our retirement communities. It’s difficult to talk with them when they’re working. So, we go to a restaurant and get to know each other better. I hear about things we’re doing well and about things they would like to change. We can’t just sit in the office and think we know what’s going on. We have to spend time on campus and see if everything’s running smoothly or if something needs to be addressed. I call it “kicking the tires”!

We also have an online forum for co-workers to ask questions or tell us about situations. This can be a way for us to help address issues they haven’t been able to resolve themselves through the normal chain of command.

Is there anything else you would like to add?

Our goal is to help seniors enjoy life and keep purpose in their lives. Like all of us, they need a reason to get up in the morning. Six of our residents just completed a quilt after six years of meticulous work. They donated it to be sold online to benefit the Alzheimer’s Association. Some of our residents read to children. Some help the chaplain prepare for the weekly church service. Our residents lead lives of purpose, and it’s important to recognize them for their achievements.