A
A
Home > Celebrating veterans within our retirement communities: An interview with Country Meadows residents

Celebrating veterans within our retirement communities: An interview with Country Meadows residents

The men and women who served in World War II, the Korean War, Vietnam and other conflicts protected America’s freedom during our nation’s most difficult periods. Their willingness to volunteer and serve, and their courage throughout these conflicts, laid the foundation for America’s most prosperous era on record.

Sadly, according to the National WWII Museum, out of the 16 million men and women who fought in World War II, fewer than 300,000 remain alive. And every single day we lose approximately 300 of these remarkable veterans who succumb to old age.

Retirement communities such as Country Meadows are fortunate to have many of these remarkable veterans living on their campuses, receiving senior care services.

“It is an honor to know and shake the hands of so many of our brave men and women who have fought for our country or kept the home fires burning while spouses were away from home to preserve our freedom,” says Michael Leader, Chairman and CEO-Country Meadows Retirement Communities.

Retirement communities frequently honor the amazing contributions of these brave men and women. Country Meadows Retirement Communities remember and celebrate special dates throughout the year by hosting ceremonies of remembrance, recognition luncheons, volunteer opportunities to support today’s troops and gatherings for veterans to find support and comradery with others from the community-at-large. In honor of Veterans Day every November, Country Meadows Retirement Communities creates signs listing the names of residents and co-workers who are veterans. These signs are placed at the entrance to every campus so they are visible to the surrounding communities.

Perhaps one of the most important ways to honor our veterans within our retirement communities is to capture and record their stories. In honor of National Military Appreciation Month, we’re sharing the experiences of two female residents who live at Country Meadows Retirement Communities’ Hershey campus.

Anna Swope, 99, worked with the United Nations, helping to build public health systems in South Korea after the nation was devastated by the Korean War.

“The country was devastated. It was a culture shock for a young nurse—this was something I never expected to see,” she recalls. “It changed me. Every patient touched my heart.”

Swope was assigned to the province of Taegu where her work focused on maternal and child health, tuberculosis and leprosy in fairly primitive conditions. “The United States sent over an old bus we made into a clinic and took out into the fields, rural areas and villages. When the patients came into the bus, there was a clinic in the back. We would take their blood pressure and all their vital signs. We even had a lab that would check the blood for anemia. We gave them vitamins and iron and educated them about pregnancy,” she says.

As she pages through photos from her Korean service, she pauses on each photograph. “When I look at these [photos] again, I feel that it was a privilege to serve my country and to have a little bit of influence in my work. It’s quite a sense of accomplishment,” she says. “In life I did something worthwhile to help others.”

Rosemary Connelly was raised in a very patriotic family. “My father was in the army and when he got out, he joined the navy,” she says, explaining that her childhood experiences led her to pursue a career as a military nurse.

After earning her bachelor’s degree in nursing at Columbia University and competing a work assignment at Columbia Presbyterian Medical Center, Connelly joined the Air Force and while serving on a base in Kansas, was sent to Flight Nurse Couse. At the time, America was involved in the Vietnam War and Connelly hoped to be assigned to an evacuation plane.

“I was certain I was going to get a flight status and go to Vietnam and get on an evacuation plane to get the soldiers out of the battle areas and to the hospital,” she says, sharing her disappointment when she was not sent to Vietnam. “When you take that oath, you obey. They needed a chief nurse in England so I didn’t get a flying status. I still put my flight nurse training to good use. After all, knowledge is never wasted.”

When her three-year tour in England ended, she returned home and earned a master’s degree from Columbia and was assigned to a base in Alabama as an education coordinator. As she says, “I ended up trading my uniform for an apron when I met someone.”

After having her son, she went to work at the Washington, DC VA Medical Center and moved up the ladder in roles of increasing responsibility and eventually took a position at the Lebanon VA Hospital as Chief Nurse. Throughout her entire career, she loved caring for military personnel who were fighting for our country. “It was very rewarding—my way of saying ‘thank you’ to them for protecting me and my family,” says Connelly, adding, “when the soldiers came in wounded, they needed comforting as well as physical care. It was more than just changing dressings.”

How veterans can learn more about our retirement communities

What services seniors can expect from a personal care facility 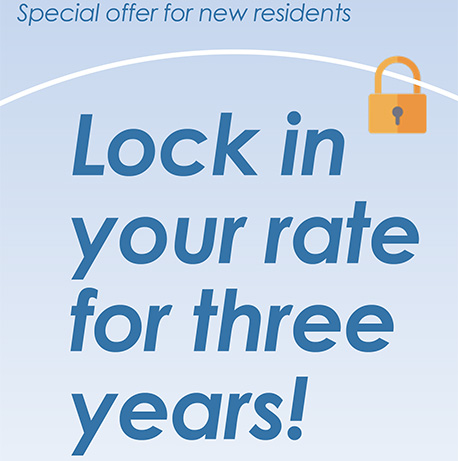