A
A
Home > Careers > Co-worker Story Bank > The company cares about me, too

The company cares about me, too 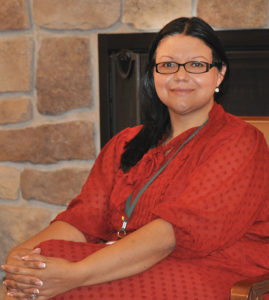 Susan Parker looks forward to coming to work every day. The residents and co-workers at Country Meadows Retirement Communities are like family to her. And she credits the family-owned organization with giving her an opportunity to grow in a rewarding career.

Parker started as an employment specialist at the Bethlehem campus in 2006. A single mom working toward a degree in human resource management, Parker’s supervisors saw her potential and she qualified for tuition assistance to complete her degree. When it was time to advance in her career, Country Meadows helped her do it without uprooting her family. Parker earned her Personal Care Home Administrator certification. She was then promoted to associate executive director roles at nearby campuses. Today she is executive director at the Bethlehem campus where her Country Meadows career began.

“My supervisors believed that I could do more and treated me as a colleague rather than a subordinate,” says Parker. “Their belief in my ability to grow was incentive to stay with the company.”

Because of her diversified culture and career journey, Parker brings a special empathy to her role. “Being a Hispanic woman in a higher level at the company helps me relate to and be an encouragement to co-workers who are juggling family, work, and school to better themselves. They know I have been there,” she says.

She also is sensitive to making residents of all cultures feel comfortable, noting, “Something as simple as asking residents to help plan a menu or share a recipe so we can make one of their favorite dishes helps them feel at home and improves their experience here.”

Parker appreciates Country Meadows’ competitive pay and benefits, but being part of a family where she can grow and positively impact other lives is what fulfills her. “I get up every day and look forward to coming here,” she says. “I care about the residents and co-workers, and I feel like the company knows who I am and cares about me, too.”