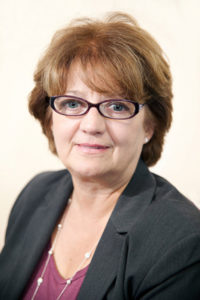 An 18-year Country Meadows co-worker, Rohrbach is eager for the campus’ grand opening this summer. After three years as regional vice president of operations, she is excited to get back to what she loves most—spending time with residents and co-workers, helping to make a positive difference in their lives.

“Seniors have so much to share. They have a wealth of experience, and they really like to have fun,” says Rohrbach, whose mother is a resident at Country Meadows of Allentown.

Before her stint as vice president, Rohrbach was executive director at Country Meadows of Bethlehem for five years. Previously she held management roles overseeing memory support and restorative care services. Rohrbach has more than 36 years of experience in the personal care/assisted living field.

She has received accolades for her dedication to seniors. In 2011, she was named Executive Director of the Year by the Center for Assisted Living Management (CALM). In a nomination written by Country Meadows co-workers, she is described as an example of a “heroic individual in the assisted living industry” with her “upbeat attitude, giving persona and ongoing encouragement.”

Rohrbach began her career working nights as a receptionist at Leader Nursing Centers in Bethlehem—a company owned by the Leader family prior to Country Meadows. A young mother, Rohrbach chose the job mostly for convenience, but as she developed relationships with residents she realized working with seniors was something she loved and continues to love today.

She likes to say, “How can we make that happen?” and looks for ways to create a great experience for residents and co-workers. Former team members say she is an excellent listener and enjoys problem solving.

A native of Allentown, Rohrbach and her family have called Bethlehem home for more than 40 years. She is excited about the location and design of the Forks campus and is certain residents will love the beautifully appointed community gathering spaces and amenities. Happy to be entrusted with assuring great care and service to enhance the lives of residents, she is eager to build and lead a great team of co-workers who share her passion.