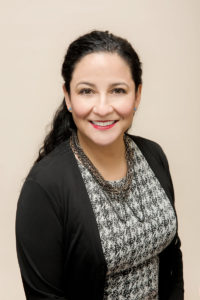 Hohl’s background includes time as a development manager for a global company before obtaining her RN degree and embarking on a nursing career. Her business experienced combined with nursing and case management equips her to oversee the Lancaster campus operations assuring excellent service for residents as well as guidance to seniors and their families as they navigate an increasingly challenging healthcare environment.

Hohl, who is fluent in Spanish, worked in the city of Lancaster serving the Hispanic population before she was recruited to become an RN case manager for Grane Hospice. It was in this role that she developed her “crush” on Country Meadows leading to her first job with the company.

“We had a number of clients [at Country Meadows] and from the day I walked in, I was impressed. As part of an outside agency, I frequented many senior communities and had the chance to observe how the caregivers and managers interacted with the residents,” says Hohl. “I felt that at Country Meadows, there was a true focus on good quality of life and happiness for each individual. When a leadership position became available, I felt a pull to become a part of this community. It was a progression from providing clinical support to being able to make a difference and advocate for residents during a delicate stage of life.”

As executive director, Hohl, who joined Country Meadows more than a year ago as director of wellness, looks forward to advancing the Leader family philosophy, just like her predecessor.

“Meredith regularly made sure we understood the philosophy on which her grandfather founded Country Meadows. That is the foundation of the culture that exists here, and you can’t find it anywhere else,” says Hohl, “The most important thing to me is conveying that culture, maintaining our residents’ dignity and reinforcing to all that this is their home, and we are their guests.”

In the 1990s, Hohl served as International Development manager for Auntie Anne’s Pretzels. During that time, she was involved in developing the infrastructure for supporting franchise licensees outside of the United States and assuring the company’s vision was carried through on a global level.

Hohl’s strong desire to directly impact the wellbeing of others came to the forefront following a life changing event while at Auntie Anne’s. She made a dramatic career switch, completing nursing school at Harrisburg Area Community College and going to work in a hospital Intensive Care Unit (ICU). Her experience in the ICU ignited a passion for critical care nursing and caring for individuals and their loved ones during a time of severe illness.

Working in the ICU, Hohl enjoyed the constant learning involved with the introduction of new equipment, procedures and therapies. Hohl continued to build her clinical as well as advocacy skills as she transitioned into a position as a home health nurse.

“It was a privilege to advocate for every patient and bring the patient and their loved ones through a difficult time with the goal of having a positive outcome,” says Hohl.