A
A
Home > About Us > Story Bank > Resident left Cuba a lifetime ago, but memories remain

Resident left Cuba a lifetime ago, but memories remain

Since a travel ban to Cuba was eased in 2016, many Americans are planning visits to the once forbidden destination. But for Country Meadows of Forks in Easton resident, Edmundo Cintra, who left Cuba shortly after the Bay of Pigs invasion in 1961, the communist nation holds mixed memories.

Forks in Easton resident, Edmundo Cintra, grew up in Cuba but left at the young age of 25. He says that he loved the Cuba he knew as a child, but left when the country became a dictatorship.

“I left because it was a dictatorship and I had no liberty to express my thoughts or opinions with what they were doing,” he says. “You have to do as they tell you, and you have to agree to be a communist and that type of philosophy.”

Born and raised in Cuba, Cintra graduated from Havanna University engineering school and promptly landed a job with Mobil Oil in Venezuela. He married a Venezuelan woman and the couple had two daughters, returning to Cuba before the People’s Revolution. However, soon after their return, he and his family decided to leave the country.

“We could see the black clouds forming, so we decided to raise the girls in the Venezuelan consulate,” he recalls. “My wife left and took the girls. I waited eight months and asked permission to leave the country on vacation. I left and never went back.” 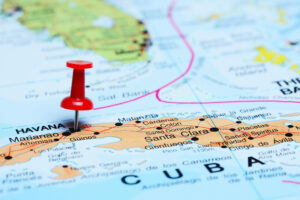 Recalling his painful decision to leave Cuba, Cintra shares, “Emotionally it was difficult to leave. You were leaving behind all your dreams, friends and your past. But the country I loved and grew up in no longer exists.”

During his career with Mobil Oil, Cintra worked in exploration and producing—looking for oil, putting it to work and into production. His career took he and his family to Bolivia, Nigeria, Indonesia, Holland, and eventually Dallas, Texas, where they stayed, adding a son to their family.

After losing his wife, Cintra’s daughters, both of whom reside in New Jersey, asked him to move to the northeast so they could live near each other. He enjoys living in Pennsylvania except for one thing. “I don’t like winter. It’s nice to look outside but I don’t go outside—it’s gray, cold and miserable!”

As for moving to Country Meadows, he says, “I like it here! I don’t have to worry about cooking anything or cleaning. If I do need help, it is here.”

Recently he saw photos from a friend who visited Cuba. He says, “Cuba has nothing to show from the revolution on. Everything is in ruins, all the cars are old. It is hard to see Cuba like that, but this is the life I know and love.”

2 thoughts on “Resident left Cuba a lifetime ago, but memories remain” 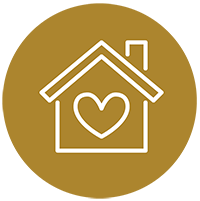