A
A
Home > About Us > Story Bank > Celebrating an exceptional life 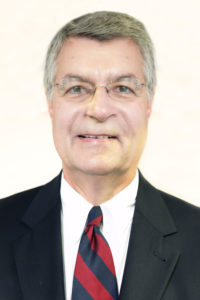 He was best known as former Governor of Pennsylvania (1955 to 1959), because he was credited with introducing many reforms during his administration. Throughout his life he continued to have an interest in state government. In 2012, he helped to sponsor a major reform to Pennsylvania’s criminal justice system, something for which he had advocated for over a decade. As recently as two months before he passed away, he took part in an initiative by five former governors in support of merit selection of the state’s appellate judges.

Among his multi-faceted vocations, the one he enjoyed the most was that of health care entrepreneur and innovator. Dad actually started three organizations that serve seniors: Leader Nursing Centers, Inc., (1962); Country Meadows (1982) and Providence Place Retirement Communities (1998).

As governor, my father was especially drawn to serve vulnerable citizens in need of better support. Older adults with healthcare needs were among those who drew his attention. The result was creation of the state Commission on Aging—forerunner of today’s Department of Aging—and annual inspection and tighter regulation of nursing homes.

Dad believed that older persons deserved to be treated with dignity and respect. Many, like himself, risked their lives in WWII or Korea to protect our freedom before returning home to help build the strongest economy in the world. 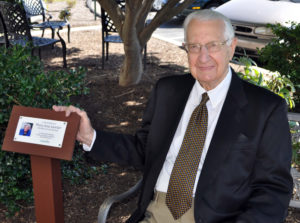 Gov. George Leader at a memorial bench for his wife, Mary Jane, at Country Meadows of Hershey.

My father not only encouraged others to treat seniors with dignity and respect but also to help them to continue to put purpose in their lives. As someone who went to work every day until three weeks before his death, Dad was a role model for having purpose in life. He loved what he did and liked to remind co-workers that everyone needs a reason to get out of bed in the morning. He directed Country Meadows’ Community Life directors and chaplains to find new ways to connect residents with their local community, and then arranged to honor volunteers for their service to others.

As a person of faith, he believed that retirement communities should enable residents to exercise not only their bodies and minds but also their spirit. Thanks to this belief, Country Meadows is privileged to employ seminary-trained chaplains who offer spiritual support to residents of all faiths and beliefs.

Dad also had a special interest in Alzheimer’s disease. A month seldom went by when he didn’t send me an email or newspaper article about the latest research or preventive program for Alzheimer’s. His initiatives for those with dementia ranged from offering Validation Therapy to giving residents daily multivitamins; from a daily dose of computer games to encouraging the riding of stationary exercise bikes. Not only did he keep current with the latest recommendations, he practiced them himself. Finally, Dad was very proud that his health-care endeavors have always been a family affair. His first partner was his late wife of nearly 7 1years, Mary Jane. Over the next three decades, their children and their son-in-law joined them in the profession. They were thrilled when grandchildren came into the business.

Dad’s dream was that the family business he launched more than 50 years ago would continue to enhance quality of life for older adults for at least the next century.

2 thoughts on “Celebrating an exceptional life”